The sports team from Shifa College of medicine participated in the Lahore University Management and sciences (LUMS) sports fest held from Sunday 4th January 2019 to 7th January 2019. Amongst the various sporting events being held, the team which comprised of 2nd, 3rd, 4th and 5th year students participated in cricket, volleyball, swimming, squash, tennis and futsal. Various colleges and universities from all over Pakistan participated in this event.

The sporting events held over 4 days comprised of group matches, quarter finals, semi finals and finals. The students displayed wonderful examples of talent and sportsmanship. The boys’ basketball team made shifa proud by bagging silver in an utterly masterful display against LSE. The team went up against LUMS in their home court and yet were able to defeat them with their skillful plays. The boys futsal team from Shifa was absolutely brutal on every other team at LUMS Sports Fest. Single handedly defeating every team is no easy feat but this team was an absolute beast, from clawing their way into the goal post every few minutes to unstoppable penalties, this team had it all. In the pool rounds they were pitted against Choueifat, whom they beat 6-0 and TMUC, whom they dominated 8-1.

In the round of 16 our champs faced off against Wakanda, one of the most vicious teams in the tournament but they proved to be no match for our boys as they cleaned the floor with them too winning 6-0.

The quarter finals against smurfs fc did not prove to be so easy as our champs only won 1-0. The enticing semi finals put our boys against PNEC Karachi, the match was well contested with both the teams tied up at 1-1, causing it to go to penalties. Once again we were victorious in the match.

The finals had to be seen to be believed, such a graceful match. The opposing team had national players, not one, not two, not three but FOUR national players, individually in the team they couldn’t do much damage but when the four of them played together they proved to be a formidable force and our boys ended up losing 2-1 to them. The fact that they had to send in four national players, one by one at first and when that didn’t work they sent them all in at once says a lot about how good our team was. In the end we secured second position after a very well contested tournament that everyone thoroughly enjoyed.

The girl’s futsal team also made a great account for themselves at LUMS. After a hard fought draw against strong, LSE (1-1) the team had an exciting match against the notorious football club POPO with the club just managing to squeeze one in the late stages of the second half causing Shifa to end up second in its pool. The girls’ basketball team as well as Zarrar Sani representing Shifa in the tennis competition secured a position in the semi finals after multiple hard fought rounds however due to time restraints, could not participate further.

The boys’ team participating in cricket also won numerous rounds of appreciation from the crowd for a wonderful display of effort but was unfortunately not able to secure any position.

Shifa College of medicine also had representation in squash and swimming which was an amazing display of talent that we have amongst the students here. 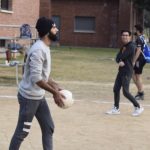 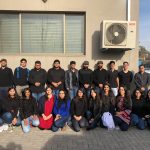 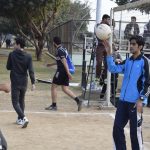 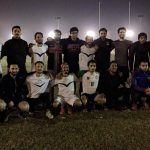