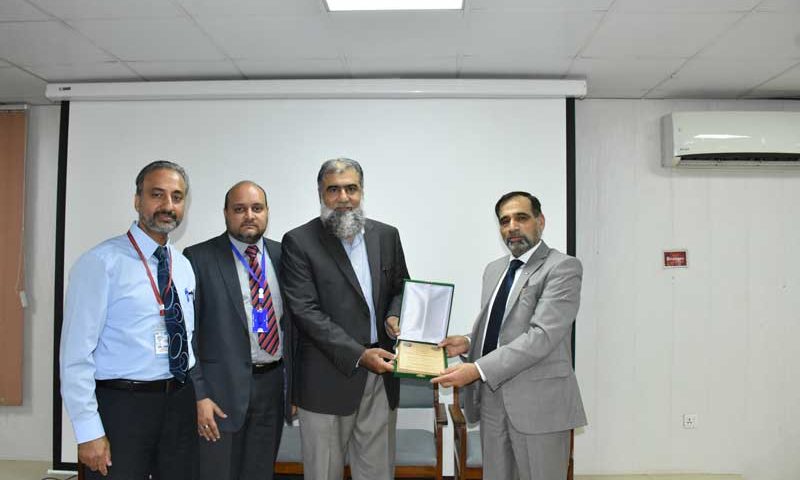 A prize distribution ceremony was organized by Shifa Tameer-i-Millat University at Shifa College of Medicine to appreciate and acknowledge academic, co curricular and extra-curricular achievements of our students. This ceremony was held at Shifa College of Medicine on Tuesday, September 4, 2018. The Chief Guest for the ceremony was Professor Dr. Masoom Yaseenzai who is currently serving as the Rector at Islamic International University.

The ceremony started with recitation of Holy Quran by Principal SCM Dr. Mohammad Amir. First position holders from each year at SCM were awarded shields and certificates. Cash prizes of Rs seventy five thousand each were awarded for students with more than 80% in professional  examinations. Certificates were awarded to students with best publications. Special certificates were also awarded to a student for authoring a book and for winning a poetry competition in Lahore, best all round performance, a team of third year students for winning second prize at an inter medical college quiz competition held at Wah Medical College and to a student for wining third prize in English declamation at IST youth festival. Students were also awarded certificates of honor to acknowledge their performances at LUMS and EME sports festivals. Position holders for each semester from Shifa College of Pharmaceutical Sciences were also awarded certificates and cash awards.

In the end, Vice Chancellor STMU Dr. Muhammad Iqbal Khan and the Chief guest Dr. Masoom Yaseen Zai addressed the audience and encouraged the students to perform well in academic as well as extracurricular activities. Dr. Masoom Yaseen Zai also announced a medal for best performance in Biochemistry from next year. The ceremony concluded with group photographs of all the high achievers with Chief Guest, VC STMU, Principal SCM and Dean SCPS.